Surf's Up Now Open in Nashua 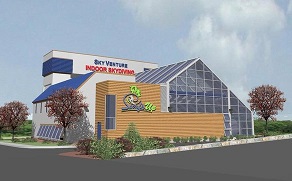 Surfs Up New Hampshire opened its doors in December and is currently the largest Indoor surfing facility in North America, offering a 32’ Surfstream. Surf's Up is an attraction for experienced and  professional surfers around the country but also caters to those who have never been on a surfboard before.  It's located on the DW Highway in Nashua at the site of SkyVenture New Hampshire, the region's only indoor vertical wind tunnel.

Northpoint congratulates owners Rob and Laurie Greer for once again delivering a state of the art recreational attraction to New Hampshire!  We were pleased to once again be a part of the design team on one of their projects and are excited that their visions for the facility have finally come to fruition.